The Holiday Season and Your Mental Health 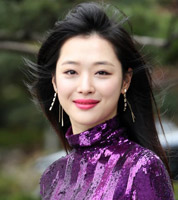 Korean pop music, or “K-Pop”, originated in South Korea. Directors and producers in that genre have a reputation for running musical artists into the ground with unreasonable demands. It’s not uncommon to hear about artists fainting on stage from exhaustion or lack of food, female stars getting excessive plastic surgery to capture the “look” the industry wants, or having workdays in excess of 20 hours.

The lifestyle of these Korean artists can only go on for so long before the honeymoon phase dies, and their mental health starts to crumble. In 2017, the K-pop star Kim Jong-hyun, 27, killed himself. He left a note explaining how depression had taken over. This past October, the former K-pop band member Sulli was found dead in her home in South Korea.

After Sulli’s death, there was a tremendous amount of attention being drawn to the issue of cyberbullying. According to those who knew Sulli, she was a woman who lived authentically, even though it went against much of the rules and expectations of the K-Pop world. She was open about her relationships and her sexuality. The backlash to her living “outside the lines” took the form of cyberbullying. In the K-Pop world, females were expected to be perfect and “wholesome” both personally and professionally. Many managers prevented girls from having any type of romantic relationships in order to portray the “inexperienced girl” persona in the public eye. Sulli didn’t stand for it. She went against what she believed to be wrong, and some might say that the consequences cost Sulli her life. She often spoke out about cyber bullying and even hosted a show on celebrities who have been attacked by cyber bullies. 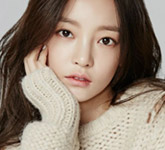 South Korea is clearly not the only place where cyber bullying is an issue. It’s one of the major knocks on social media that still exists today. If you or someone you know is being victimized by cyber bullies, please tell someone. This is a serious problem that continues to wreak havoc on the mental health of those being targeted.